CJReport (Citizen Journalism Report) was a citizen journalism news website that I co-founded with Prameya Bhandari. It allowed everyday citizens to submit news and stories, even anonymously. Written articles could be edited and improved upon by anyone, making it a collaborative effort similar to Wikipedia.

Important stories were chosen in a democratic way through voting in addition to curation by moderators. CJReport also gave people the ability to report news with their mobile phones through SMS/MMS. Photos and text could be sent directly to the site and were published within minutes.

To increase user engagement and give back to the citizens who contributed, CJReport had a system in place which allowed writers to monetize their articles through Google Adsense. All revenue through ad clicks coming from their articles were thus given to the contributor.

Citizen journalism was a trending phenomen back in 2007 - 2008, and we competed against news websites such as NowPublic.com, CNN's iReport and Newsvine.com, but ultimately failed to gain enough traction.

CJReport was accepted in the Microsoft Bizspark program and was an official source for Google News where several articles were featured. We're also proud to have some of our articles featured on the frontpage on Wired and Reddit. CJReport was also briefly mentioned on a TechCrunch article.

It was developed with the Drupal CMS. To give back to the community, we held 2 drupal meetups talking about how we made CJReport.

A presentation by Prameya about CJReport at Syracuse University for IST 335 class. 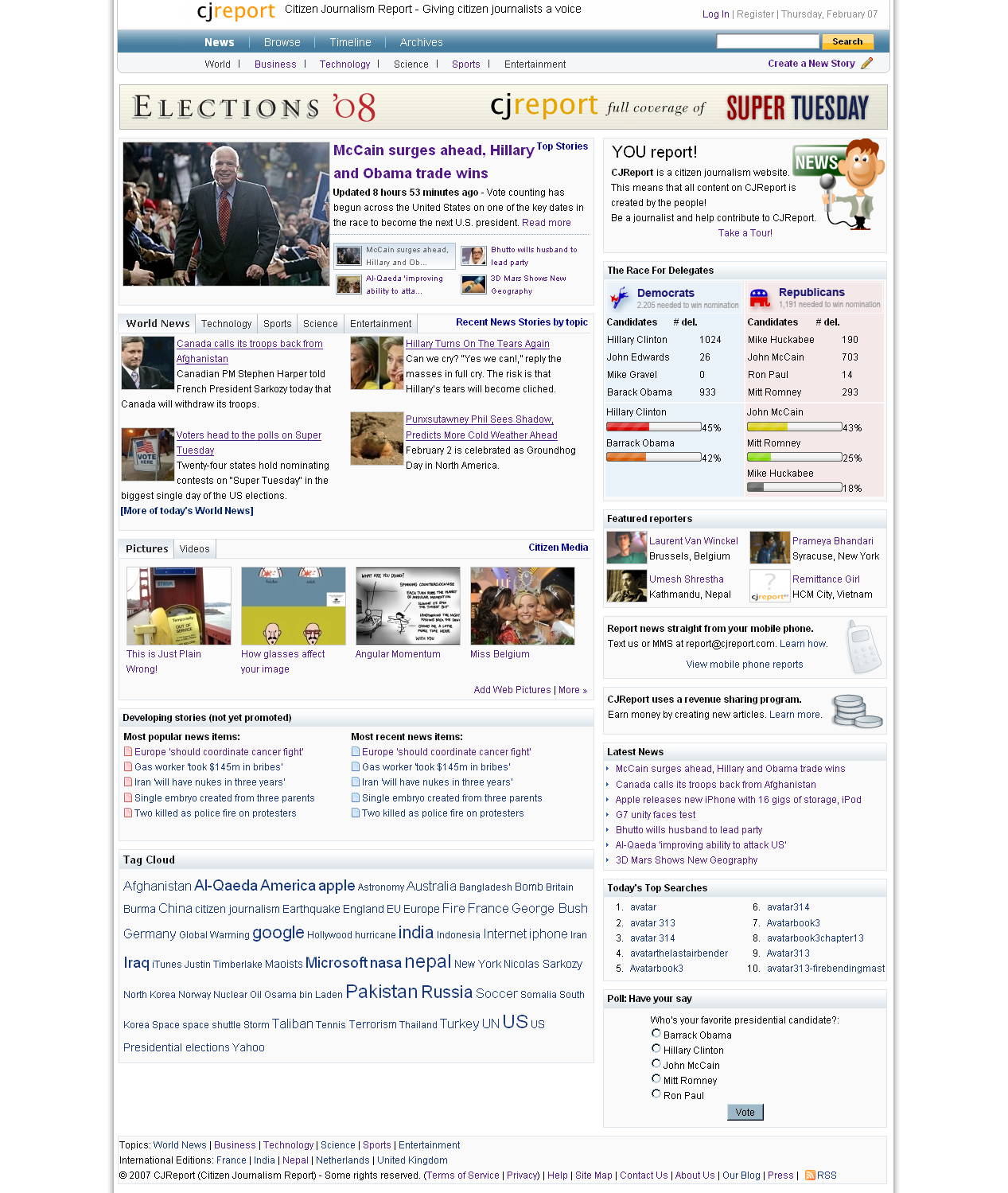 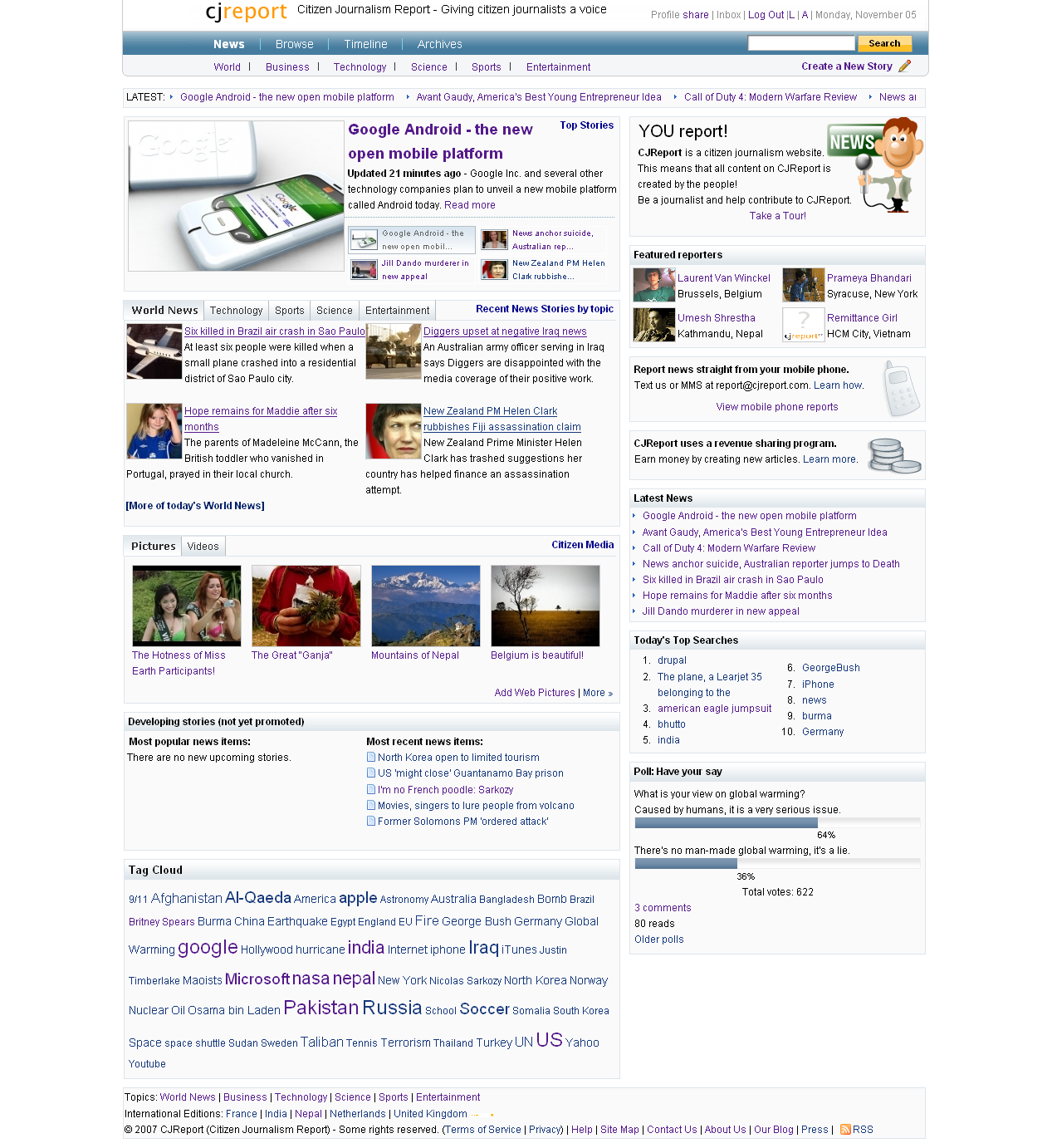 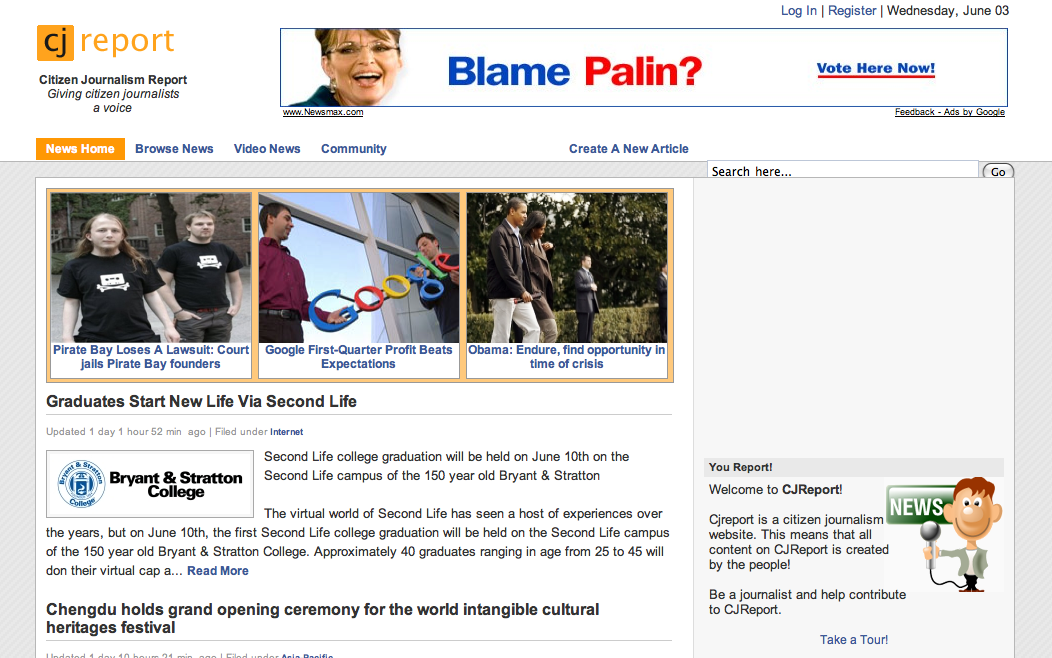 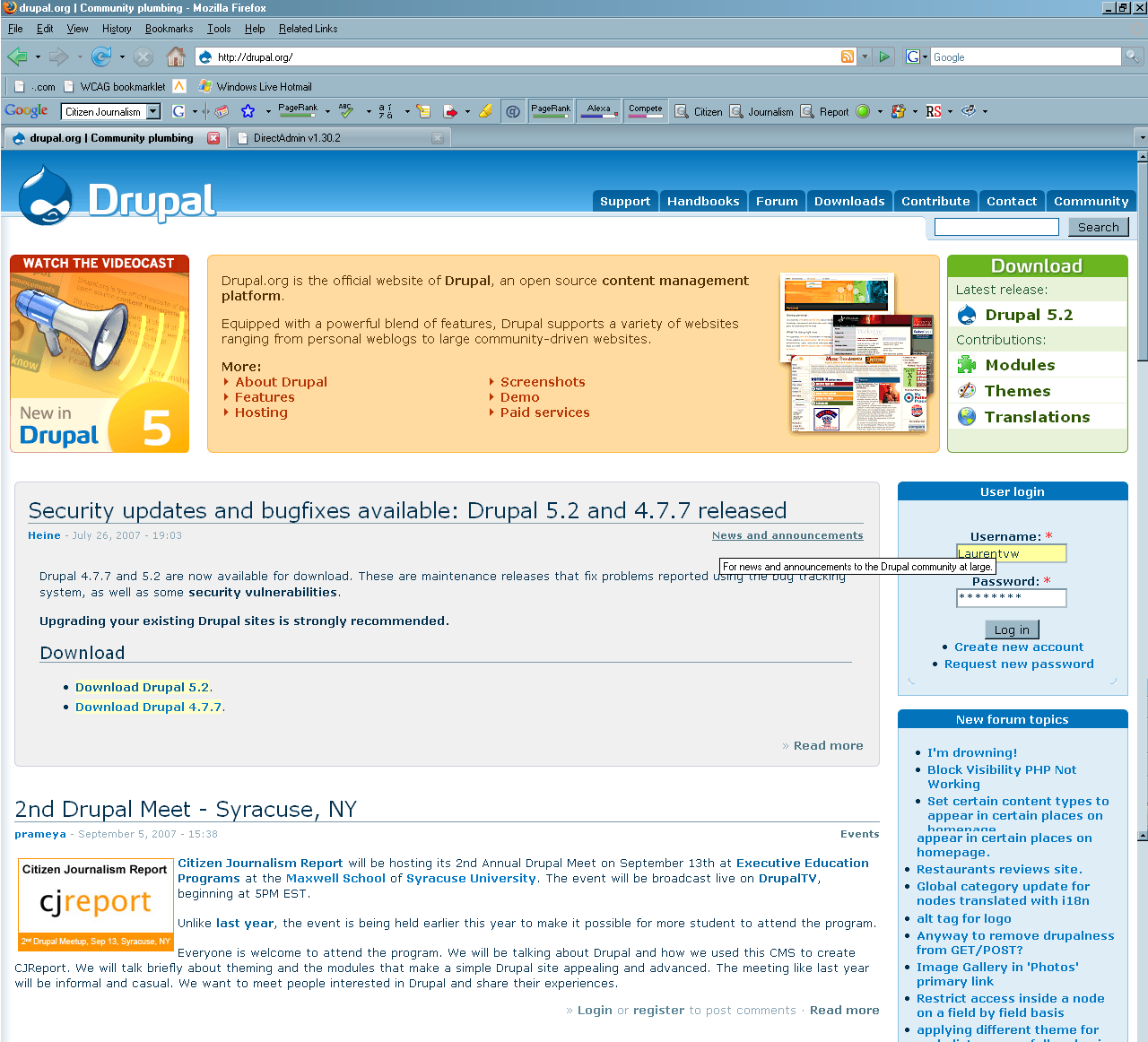