Clickable Links has a new home on the Google Chrome store: https://chrome.google.com/webstore/detail/mgamelhnfokapndfdodnmfiningckjia.

Clickable Links is an extension for the Google Chrome browser. It turns unclickable urls (http://, https://, ftp://) & email addresses into clickable ones. Some websites do not make any external links clickable, which can be annoying. But not anymore :)

To download and install the extension, go see Clickable Links in the Chrome Web Store.

Go to Tools Extensions or type in chrome://extensions/ in your address bar to manage your installed extensions.

These urls & email addresses should become clickable after you installed the extension.

Clickable Links has been available in the Google Web Store since December 9, 2009, shortly after extensions were introduced in Google Chrome. It quickly rose as one of the top 50 most popular Google Chrome extensions. As of July 2012, the extension had been installed by over 85,000 users.

In July 2012 I received a good buying offer (along with the promise that the extension would be improved), which I accepted. Unfortunately the buyer had bad intentions and included ads & popups inside web pages, which I believe was against the TOS. In September 2012, Google subsequently removed Clickable Links from its Chrome Store.

Since I received a lot of requests to restart the project, I decided to put Clickable Links back into the Chrome Store, in its original state (ads-free).

We guarantee that user data is not being tracked or stored in any way.

Some screenshots How does/did it look? 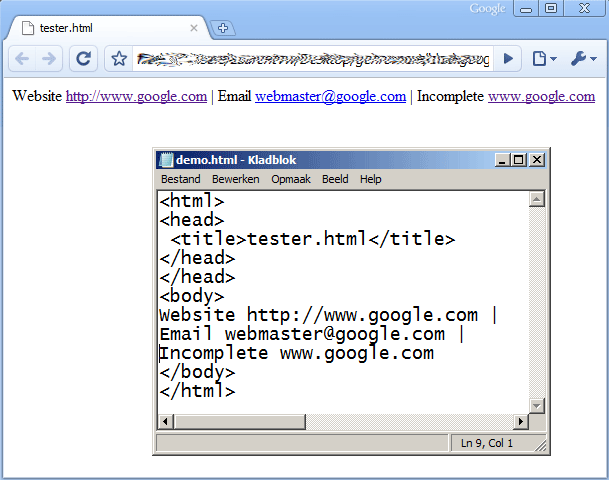